12 May The South’s Done it Again

Posted at 09:45h in Real Estate Trends by Sibet B Freides 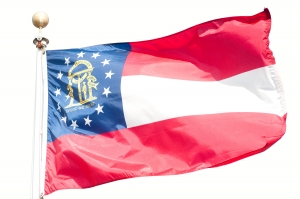 According to the latest census data, 8 of the 11 metropolitan areas with the biggest population jump were located in the South, making it the fastest-growing region in the country. What are the fastest growing cities in the South?

1. Raleigh-Cary, NC
Raleigh is home to the largest research park in the U.S. In 2010, the Milken Institute ranked Raleigh No. 7 in its list of best performing cities for creating and sustaining economic growth. Raleigh attracts flocks of IT professionals, as it is home to tech companies Cisco and IBM.

2. Austin-Round Rock-San Marcos, TX
Last year, Texas tied with California for state home to the most Fortune 500 companies. Texas, home to 57 company headquarters, is one of just a few states in the nation that has no corporate income tax. Business Journals also named Austin the number one city for small businesses two years in a row.

3. Charlotte-Gastonia–Rock Hill, NC-SC
As North Carolina’s largest metropolitan area, Charlotte boasts affordable living and great jobs in a financial services hub. Home to the headquarters of Bank of America, Charlotte was first deemed
a “financial center” back in 1799 and now has one of the highest ratio of bank branches to population in the nation.

4. Orlando-Kissimmee-Sanford, FL
Florida witnessed the largest mass exodus out of the state compared to the rest of the US in 2008 and 2009. Unemployment fluctuated between 10% and 12.6% for most of 2010 and is still over 10%. Despite the hard-hitting housing crash, Orlando is now home of some of the most affordable real estate in the country.

5. Houston-Sugar Land-Baytown, TX
Houston is home to 24 Fortune 500 headquarters, second to New York. The area added 1.23 million people over the last decade, landing it in eighth place in the country in terms of percentage increase. Named the capitol of Big Oil, Houston is home to the high-powered “Energy Corridor,” where more than 70,000 people work for the world’s biggest oil companies.

6. San Antonio-New Braunfels, TX
A military hub, this area also houses the thriving financial services company USAA, which caters to the military population. Along with Houston, it was one of only a few cities in the country that recorded three quarters of consecutive job growth in 2010.

7. Atlanta-Sandy Springs-Marietta GA
The Atlanta-Sandy Springs-Marietta area added more than a million people in the last decade, bringing its total population to 5.3 million. Atlanta suffered immensely as its robust housing market took a serious hit; however Atlanta now has the most affordable homes in the country. The median home price fell by 33% between 2006 and 2010, and the average monthly rent is now 50% higher than the average mortgage payment.

Atlanta’s other top advantage is being home to 10 Fortune 500 companies, including Coca-Cola, the United Parcel Service, Home Depot, Delta Air Lines and AFLAC.

8. Dallas-Fort Worth-Arlington, TX
Dallas added 1.21 million people in the last decade, second only to Houston. Affordable housing and cost of living have long been a key selling point of the region, attracting workers who find that they can get far more bang for their buck in .