08 Nov What Luxury Agents Do for That Sale 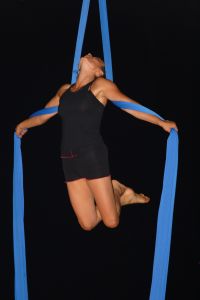 According to the LA Times, real estate agents listing an $8-million home in Santa Monica wanted to ensure a good crowd for an open house last month, so they hired a stilt walker, shirtless male jugglers and a contortionist who floated in the pool, encased in a clear plastic bubble.

Nearby, an agent stationed models in front of a new condominium project. Wearing velour robes and flip-flops, the young men and women served free drinks  to promote the cocktail hour lifestyle at the development.

Still another went all the way to Spain to drum up business.

When marketing a multimillion-dollar mansion, a plate of cookies and free coffee simply won’t do in today’s new market. Agents have been outdoing themselves to help get through this market.

Aerial Showgirls, Thai foot massages, and Botox treatments… is all this really necessary? Although agents are putting up thousands of dollars for these remarkable parties, they are definitely seeing up to three times the traffic than they would with a simple display ad or a listing on MLS and some generic signage.

Agents are treating buyers seeking homes in the $2-million and more range like royalty, including facilitating their home tour starting with a red carpet.

Sometimes, it can be as simple as putting a new spin on an old standby, such as staging.

A recent agent recruited a well-known interior designer to outfit the home with vintage and contemporary furniture and art, which was then offered for sale at the open house.

He told the LA times that the cost was less than hiring a traditional staging company, the event drew about 200 people and the property received multiple offers, selling at nearly full price within a week of coming on the market.

To get foot traffic, a condo agent put a new “spin” on a sign-spinner by hiring models to hand out fruit drinks on the sidewalk… and beer, wine and mimosas to adults that came in to see the model units. The agent spent about $5,000 but sold four units on the weekend following Thanksgiving.

What’s the bottom line? You may be afraid to spend the money and think outside the box, but this is the time to go above and beyond and really draw attention to your properties. While we don’t think you should pull out all the stops and hire a circus, there are some worthwhile ideas in the shock and awe mindset that might just get you results.