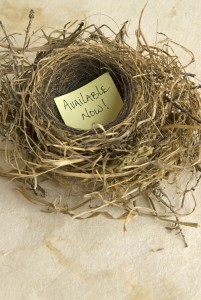 It’s no secret that the real-estate downturn has affected the economy at large in countless ways. Empty homes are one of the unfortunate side effects of such a downturn. According to the Census Bureau, vacant properties have increased by 43.8 percent nationwide since 2000.

As of 2011, there were about 14.3 million year-round vacant housing units in the country. These homes decrease the value of nearby homes by at least 1.3 percent, mostly because the empty makes the neighborhood appear less desirable. In higher-income neighborhoods this increases to over 4.5 percent.

It was quite surprising to find Atlanta as number 7 on the list of top 10 vacant cities in the US.

The Census shows the 12-Month Averages:

Among the other cities are Toledo, Tampa, Houston, Las Vegas, Richmond, Detroit, Memphis, and Toledo.

The emptiest city in the United States is Orlando, with a 12-month average for rental vacancies stands at a staggering 18.8 percent, while in the first quarter of 2012 this number was 22 percent, highest in the nation.

With the continuing recovery inching slow and steadily, I believe these cities are on their way to being full and vibrant once again. What’s your opinion? Post it in the comments below!