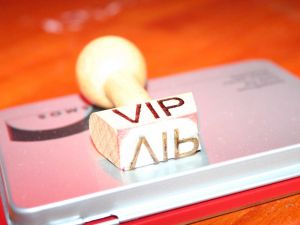 According to the Mendelsohn Affluent Survey, there are currently 11.8 million Millennials aged 18-30 living in the U.S. with annual incomes over $100,000. 34% of them have actually been wealthy throughout their lifetime.

This demographic will be 2018’s largest generational segment in the luxury consumer market. Surprisingly, these Millennials aren’t driven by money or traditional status symbols. They don’t care about labels and designer clothing; they don’t seek to drive a BMW since that is the car they had when they were 16. They do, however, expect cable TV, home security systems, and jet-skis as standard household necessities.

It’s a different way of thinking altogether: money is not a way to show off, nor is it to be saved for a rainy day, as previous generations believed.

What affluent Millennials seek to attain is the awesome group photo that can be posted on their Facebook wall. They crave experiences and validation. The priority is more on entertainment and parties and less about flashy things.

While they take it upon themselves to appear like their less affluent peers, they prefer to use their affluence to pay for VIP and “velvet rope” experiences at events. There is a “we are like you but better” mentality when it comes to their peers. Gone is the elite status: they are willing to pay for a premium trip to an adventurous destination but will go to Sam’s Club or use a Groupon deal for everyday products.

Affluent Millennials are very early adopters of new digital, social and mobile technologies — the first generation of digital natives. They use these new tools to crowd source information from peers even while they are shopping at retail.

The irony is that affluent Millennials think they are radical by rejecting traditional luxury status symbols, but they have just created a new image of affluence. By working so hard at not playing the game they end up playing it. By refusing to dress up, they all end up wearing jeans and hoodies, so it’s no longer rebellious. It’s the new definition of luxury.

How do you see the new luxury?