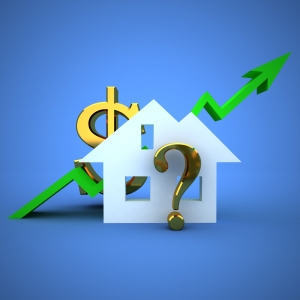 According to Redfin Local Insights, who compiled statistics from the Multiple Listing Service, public records data, and winning and losing offers by Redfin agents for Redfin’s home-buying clients, Atlanta’s housing market has taken a roller coaster ride over the past few years. But can prices continue to climb? Multiple signs suggest not.

Typically a seasonal market, Atlanta has had a wild ride indeed. Between July 2012 and July 2013 alone, prices spiked 28 percent and the percentage of homes that went under contract within two weeks leaped from one percent to 24 percent.

There are signs that suggest the Atlanta market can no longer support such dramatic price growth.

Mortgage rates. Historically low interest rates are coming to an end. We can expect rates to rise even further, which will price more buyers out of the market.

Decreasing investors. With fewer available foreclosures to snap up, many investors are starting to pack their bags. Between February and July alone, the percentage of homes purchased by firms fell from 28 to 23 percent of sales. Similarly, the percentage of “flips,” dropped from 20 percent in February to 15 percent in August. Fewer investors means less competition for homes, which should ease overall home price growth.

Sellers afraid to lose. Redfin’s agents say this spring, sellers in Atlanta weren’t concerned if buyers couldn’t make up the shortfall because they had multiple buyers waiting to swoop in. They also report that buyers in Atlanta aren’t the only ones scrambling now: sellers are now cutting their prices because they don’t want to lose the deal.

Builders are gearing up. Homebuilders are hurrying to meet buyer demand, which should help alleviate Atlanta’s tight inventory shortage. As of July, the Atlanta metro area had issued the third largest number new residential building permits in the country, according to the National Association of Home Builders.

Atlanta’s housing market seems to be rebalancing. What exactly could happen in the coming months probably depends the most on mortgage rates.

A balanced housing market is better for everyone. How swiftly do you think it will come? Share by commenting below!