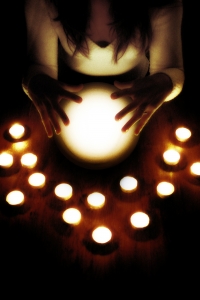 2014 started off with the promise of a robust real estate market.  Will it continue? As the Magic 8-Ball might say… “Outlook good.”

As seen on an article for Patch Network, here are some expert predictions for 2014:

According to the National Association of Realtors, home prices will continue to rise by as much as 6 percent. This is about half of the increase in home values seen in 2013, indicative of 2014’s reduced pace.

Great for the economy, not so great for homebuyers… the low interest rates of 2013 are not going to stick around.  NAR also predicts that the average rate for a 30-year fixed mortgage will climb to 5.5 percent before the year is over.

RealtyTrac reports that the worst of the foreclosure catastrophe that devastated so many Americans appears to be almost history.  We most likely won’t be back to pre-crisis level until early 2015.

Easier to Secure a Mortgage

Although interest rates are expected to rise, Zillow believes that rising rates means lenders’ refinance business will dwindle, forcing them to compete for buyers by potentially loosening their lending standards.

Zillow also predicts that the higher home prices and interest rates, along with other factors such as a decline in home-ownership and a surge in Americans on the move mean a robust rental market continuing in 2014.

Do you agree with these predictions? What other trends do you think we’ll see? Share by commenting below!