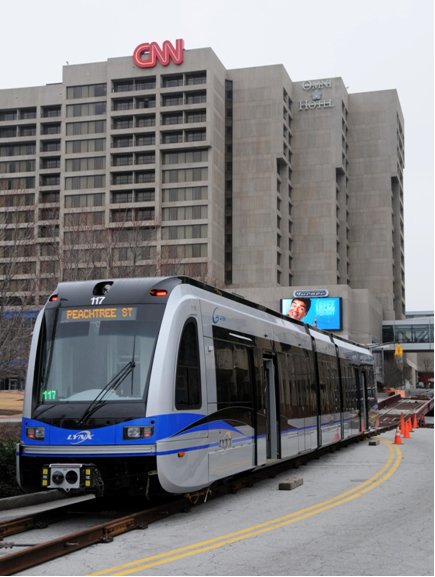 Posted at 09:15h in Real Estate Economics by Sibet B Freides

Atlanta and Washington, D.C. have been in a bit of competition for a while. They first launched similar transit systems — Washington Metro and Atlanta MARTA —designed in similar fashion and launched a little over four years apart.

On December 30, 2014 a new chapter in rail service began for the City of Atlanta but not for the nation’s capital, who pushed back the launch date of its streetcar rail service to conduct further testing.

Metro Business Media shares that the streetcars in both cities were designed to revitalize blighted and aging urban areas in addition to giving people a “better” alternative transit option. In Atlanta the 2.7 mile streetcar traveling through downtown Atlanta cost approximately $100 million. In Washington, D.C. phase 1 of the line is 2.2 miles with a price tag of approximately $153 million.

In Atlanta, the streetcar plan has moved relatively quickly from conception to reality compared to the plan in Washington, D.C., which stalled and changed faces several times. The Atlanta streetcar is now up and running.

While the Atlanta streetcar was planned after the Washington, D.C. line it not only managed to launch before but also within a budget that’s well under that of Washington, D.C. and with more track on the ground.

Atlanta may have been temporarily overwhelmed by the massive, unexpected growth after the 1996 Olympics, but it is clearly leading the way in adaptation and innovation. Way to go, ATL!