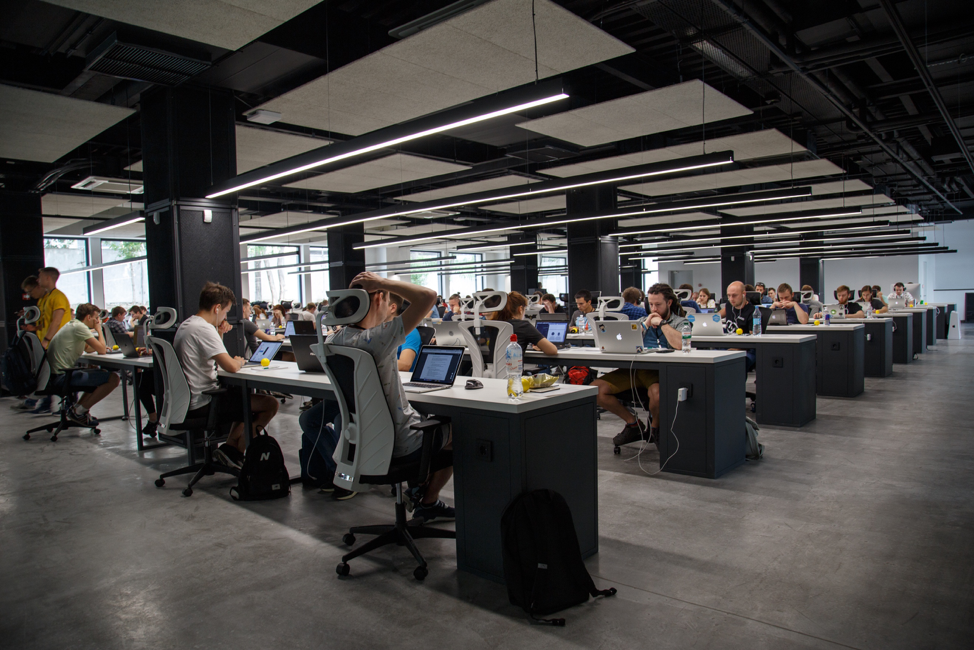 Introverts rejoice! The once popular open office trend may be on its way out. Tech startups, creative hubs, and sales teams jumped at the opportunity to design collaborative work environments that allowed entire teams to work together in one spacious floorplan. However, the theory that open office plans increase productivity has started to come undone. Distractions and sick days rise in the open office space and now, companies are looking for a welcome change to their workplace design.

Though the concept’s popularity has reached a fever pitch in recent years, open offices have been around for over a century. Frank Lloyd Wright, a renowned architect and interior designer, developed one of the first known open office plans in the early 1900’s. The innovative layout was inspired by factories of the time that had very few walls separating employees. From there, the trend picked up steam abroad where the regimented factory-style design was tweaked to enable greater communication flow between relevant groups. As the number of corporate office jobs increased, the open office design grew in popularity.

With the surge of modern technological advancements and the startups that fuel them, open offices were seen as the epitome of collaborative workspace environments. The flexible arrangement allows for simplified, real-time brainstorming that turns the personal workstation into an impromptu meeting and conference space. This layout was thought to encourage idea sharing and team building. In many ways, open offices have helped cultivate this kind of workplace culture. But there are downsides to the design as well. Open office plans lack privacy and have the potential to impede focus. The various meetings, phone calls, and general office chatter can distract employees, hindering their productivity. There’s also the issue of spreading germs around the office. Without the protection of enclosed private spaces, employees are more vulnerable, thus increasing the number of overall sick days taken by your workforce.

To balance the benefits of open office plans with those of more traditional workspaces, designers have begun developing the hybrid office. The hybrid office has a collaborative open layout as well as private rooms designed for meetings, one-on-one’s, and video conferencing. This design also provides a variety of workstation options that include common rooms for those who prefer a casual setting and individual desks for those who work best in a designated area.

The open office trend has seen both positive and negative results throughout its history as a workplace staple. Its changed the way we work and interact with our colleagues and inspired innovation. Though its recent resurgence as an office design trend has shown a spotlight on its significant downsides, it’s also helped designers pinpoint the concept’s top qualities. By taking the best features from various trends in workplace design, the hybrid office has the potential to combine the best of both worlds.