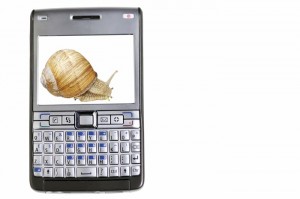 Coined the original smartphone, the Blackberry is having a hard time keeping up with the bells and whistles on the iPhone and Android devices.

Ease of use and larger screens are part of the appeal. Some more pros include the availability of ten times the number of apps than those of the Blackberry. For builders, some of these include gaining the ability to create and share blueprints, customize lighting, and qualifying for LEED certifications.

How about video? The iPhone offers Face Time, the ability to send and receive real-time video with other iPhone users.

Blackberries have increased blackout periods, some of which have actually lasted for several days. Imagine not having access to texts and emails for several days on your iPhone.

And then there’s Siri. Unlike older voice command software that often misinterpreted what the user was saying, the iPhone’s Siri feature responds quickly and accurately to spoken direction. It also affords users the ability to send messages, schedule appointments, and make calls just by a simple voice request. It will even answer random questions about things like traffic and weather. Computerized personal assistant – Blackberry can’t touch that J

Have you ditched the Blackberry yet, or are you a die-hard user?