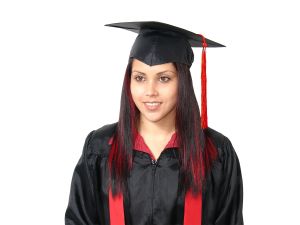 Most of us remember when kids couldn’t wait to move out of their parents’ house. According to CNN, those days may now be over.

Coldwell Banker surveyed 2,000 young American adults ages 18 through 34, who all felt it is perfectly acceptable to live with their folks for up to 5 years after college.

Not only do they feel it’s acceptable, they’re doing it! According to Trulia’s recent survey, 44% of jobless 18 to 34 year-olds live with their parents, while nearly a quarter of those with jobs have yet to leave the nest.

This has a definite impact on the housing market’s recovery, creating fewer first-time homebuyers in the market due to lack of credit and payment track record.

Homeownership is at 65%, its lowest level since 1995, according to a recent report from the Census Bureau.

CNN further reported that according to the therapist, Ludwig, there are two types of boomerang kids: The ‘perma-child’ who regresses and contributes little to the family and a second type that has an exit strategy.

The latter group lives at home only until they can get on their financial feet by saving up for a home of their own or paying off student loans or other debt.

When the economy gains more traction and demand for workers improves, it could unclog a flood of pent-up demand for housing that these young adults represent.

Are you seeing the same trend? How long do you think it will take these Boomerangs to build up the savings, credit and economic security to leave the nest?