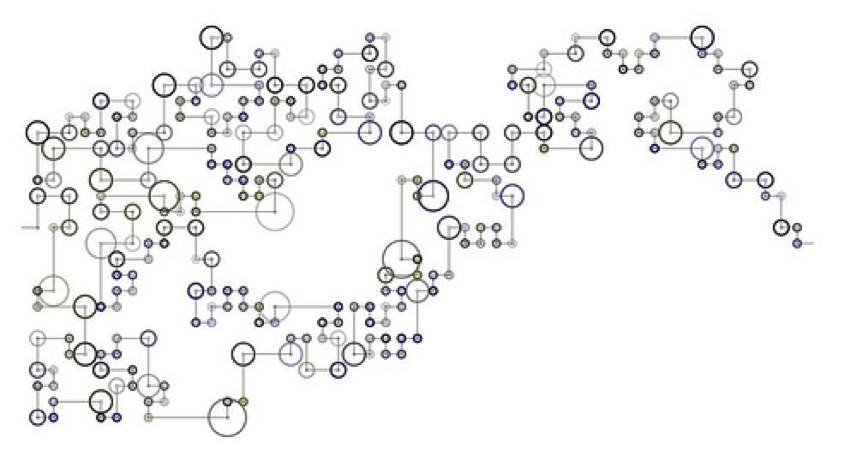 Posted at 11:24h in Marketing, Social Media by Sibet B Freides

Even if you’ve never heard of a Facebook algorithm before, if you’ve used the platform in the last few years, you’ve been affected by it. The easiest way to describe what the algorithms actually do is by breaking down a scenario we’ve all seen before – you like a page, but never see a post from them in your newsfeed, eventually, you search out the page (probably to make sure you actually liked it in the first place) and while you’re there, you like a few of their most recent posts and a photo or two. All of a sudden, you’re getting every single one of their posts in your newsfeed, and you’re noticing that the suggested pages popping up in your feed are all related to that one page. If you’ve seen this happen, you’ve seen the algorithm at work, it’s not perfect, and sometimes the algorithm seems to ‘miss’ some of your activity. But, every time you log in to Facebook, what you see is determined by your past activity, and what the algorithm ‘thinks’ you’ll be interested in.

Since its debut in 2014, the Facebook Algorithm has raised many questions, from users, marketers, and brands alike. Once considered a controversial move by the social media giant, everyone seems to have adjusted to the new functionality, but that doesn’t mean there aren’t unanswered questions, even among the people who use Facebook daily for work and play. Here are some of the most common questions we get about the Facebook Algorithm, with the simplest answers we can provide.

There are many answers to this question, ranging from Facebook’s idyllic ‘we’re helping you find more of what you’re interested in’ to the cynical marketer’s retort that Facebook just wants to squeeze as many ad dollars out of brands as possible. The true answer lies somewhere in the balance. The need for something like this algorithm was becoming apparent in the early 2010’s, when more and more brands were discovering how easy it was to reach their audience via a free Facebook page. The only problem? Users began to notice that their newsfeeds were full of brand messaging, not updates from their friends, or even content they were interested in and it was hurting Facebook’s traffic numbers. So yes, the algorithm works off of each user’s activity and is developing into an increasingly more specific tool, so you are seeing more of what you want to see in your newsfeed. However, because the easiest way for brands to ‘get around’ the algorithm and reach new users is to advertise and given the huge revenue Facebook reaps from advertising, it’s hard to argue that there was no financial incentive for Facebook to roll out this tool.

Who Decides What I See?

Well, quite a few people actually. Principally, you provide the input that helps the algorithm decide what to serve you next. All of the information you’ve shared with the platform – where you live, work, go to school, the pages you like, the posts you share, the people you’re friends with…the list could go on forever – is taken into consideration by the program. The algorithm itself is simply a computer program and, for the most part, it isn’t just left to run wild without human interference. While there isn’t a specific person studying your individual activity, users get grouped into larger categories based on their similar interests, and from there, teams of people at Facebook HQ and a satellite office in Nashville work to identify trends, ensure the algorithm is serving relevant content, and keep the process running smoothly.

How Do I Change What I See?

You have no immediate control over what the algorithm thinks you’re interested in – meaning that you cannot go to a ‘settings’ page and make adjustments. However, the easiest way to change what you’re seeing in your newsfeed is to change what you’re interacting with. By making a point to seek out and interact with pages that are relevant to your interests on a regular basis, you’re sending a message to the algorithm that it should show you more content like that. If you really want to see updates from a certain page as soon as they’re posted, you can choose to have that page show up first in your feed.

Will my Brand’s Page be Hurt by the Algorithm?

The short answer is yes, if you don’t work with it. Back in 2014, when this function was introduced, most pages did see a big hit in their traffic. However Facebook Marketing has evolved to the point that working with (and sometimes around) the algorithm is a quintessential facet of almost every plan. Which brings us to the next question…

Can I use the Algorithm to my Advantage?

Yes! If you’ve ever advertised on Facebook, you’ve done just that. The easiest and most straightforward way to use the algorithm to your advantage is by advertising. For such an economical platform, the information tracked by the algorithm allows an unprecedented level of targeting with an incredibly flexible budget. Other actions, such as interacting and sharing with other brands, replying to user comments, and simply ensuring the content you share is interesting and relevant rather than marketing messages, will help to boost your brand interaction, and your likelihood to be served up to new audiences via the algorithm.