12 Jul The Perils of the Debt Ceiling

Posted at 11:59h in Real Estate Economics by Sibet B Freides

There’s been a lot of talk in the media about the risk of a “double-dip” recession and about raising the debt ceiling. 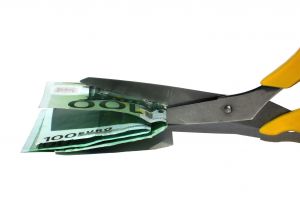 What does it all mean to you?

Let’s first talk about what a debt ceiling is.

Congress limits the total amount of debt that the federal government can carry, and it periodically increases this amount as the government comes close to reaching it.  If our current limit of $14.3 trillion dollars is not raised by August 2, the US will enter default.

Since spending right now exceeds tax revenue, the government must borrow to cover the difference.  When the debt ceiling is reached, the government will not be able to borrow anymore, and the US will be unable to fulfill its obligations.  Social Security checks may not be issued or government offices may be shut down.  Of course, this has never happened before in our history, so we don’t really know what to expect if it does.

Most likely, the number one consequence is that interest rates will jump and investors will demand a higher interest rate on government bonds to make up for the increase in risk.

What does this mean for you?

The interest rate that you get on a home loan is directly affected by the interest rate on government bonds, so if August 2 comes around without a debt ceiling increase and interest rates go up, people will be less likely to buy things that require financing, such as homes.  The housing market has not yet recovered from the recession, so this would not be a positive outcome.

However, declining home-ownership would result in an increase in demand for rental properties. Recently, the multifamily industry has seen impressive growth, so this could be a silver lining.

Do you think Congress will increase the debt ceiling before the deadline? What’s your prediction on the outcome if they do or do not? Let us know by commenting below!