05 Sep Is the Next Baby Boom Coming? 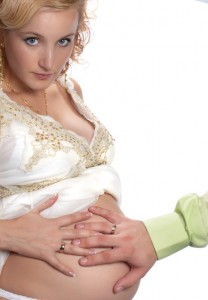 Until recently, it was believed that another wave of baby boomers seemed highly unlikely. The recession sent birth rates in the U.S. plummeting.

Having declined all throughout the 90s, the number of women entering childbearing years is at an all-time high and continuing to rise. These “Echo Boomers” fall between the ages of 20 and 35.

Even as consumer confidence may be on the rise, the reported cost of raising a child for this demographic is higher than ever. Despite people declaring to have fewer children, the number of women that fall into the Echo Boomer category is staggering.

What does this mean for housing?

Because of their sheer size, echo boomers will significantly impact the next two decades in housing.

It is believed that they represent a long-term opportunity for a housing market recovery, but they are struggling in the current economic crisis. We are seeing a surge in rental rates right now and home purchases are delayed because of the crisis. A large part of this generation still aspires to homeownership, and builders and real estate firms are now committed to making this dream come true for generations to come.