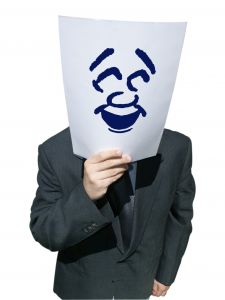 27 May An Inside Joke

Posted at 09:15h in Marketing by Sibet B Freides

In the world of advertising, there are a million approaches to getting an audience’s attention. But what drives engagement? Based on some trends, intentionally visually confusing ads. These ads don’t make sense on the first pass, or the second, or maybe even the third. They force the audience to think a little harder, dig a little deeper and pay attention to what little (if any) copy there is. It seems strange to argue that the best ads are the ads that don’t make sense, but it’s these ads that stick.

An ad that simply makes sense and looks nice is effective, it makes the brand look good, it might trigger some emotional connection in the audience, but it also faces the risk of being forgettable. An ad that confuses the audience and then intrigues them and encourages them to think harder to find the meaning is finding its way into the mind of the audience, which is more effective. An ad that makes the audience feel like they are in on an inside joke once they figure it out, is even more effective. A great example of this? The M&C Saatchi New York ads that launched in April.

The series of black and white ads define minimal, with either a black or white field and a small, inverse silhouette about centered on the page. At the bottom of the page in simple, block text is a minimal tag- “M&C SAATCHI- NOW IN NEW YORK”. What stands out about the ad lies in the small silhouette. It’s intentionally miniscule, requiring the viewer to look twice, at least, and it’s not detailed at first glance.

Upon studying the ad, though, you find an image that is at once cute, clever, and funny. The images include a baseball player about to swing a cricket bat at a baseball, a pigeon with an umbrella tucked under its wing, a fire hydrant with what looks to be a bowler hat hanging on it, and the iconic New York “We Are Happy to Serve You” coffee cup with a PG Tips Tea tag hanging out of it. The ads are interesting and enough can be gleamed from images to understand that they are combining British cultural icons with New York cultural icons.

The “inside joke” aspect comes for those who work or are interested in the advertising industry. If you have knowledge of the world of advertising agencies, you probably know that M&C SAATCHI is a large, powerful, London-based advertising agency, and if you read websites like AdWeek regularly, you probably also know that they’re expanding to New York. Armed with that knowledge, and the knowledge that other viewers may not understand that aspect, you and the ad (and the ad-makers) suddenly have an inside joke.

…And you remember the ad the next time your talking to your ad (or non-ad) friends….

…Which was really the only point of the campaign to begin with.