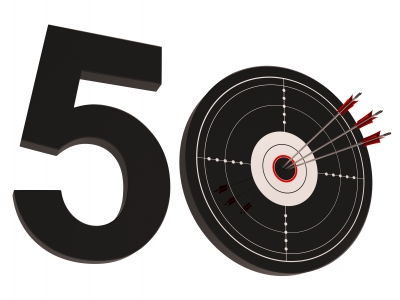 A recent Harris Poll surveyed 2,242 adults in July, asking Americans what age they’d like to live at if they could freeze time and live forever in good health. The average answer of ALL responses was… 50.

Ironically, 10 years ago in a similar survey the answer was 41.

Though the survey failed to ask why they picked a given age, commentators elsewhere discussed the benefits of being 50. According to an article on MarketWatch.com, a psychologist in New Jersey said, “You’re young enough to be famous or start an organic farm and still have the muscle tone to work eight hours a day.” She also noted, “You’re old enough to have wisdom but young enough that your parents are still alive, so you have a generational experience. If you’re tired, you can ask the young man on the bus to get out of his seat for you. Or you can date the young man. The more I think about it, the more appealing it is.”

Fifty is often a time when the kids have moved out of the house, but grandchildren aren’t in the picture yet, freeing many 50-year olds of the financial burden of supporting a child.

A post on Time.com refers to another survey by the Centre for Economic Performance at the London School of Economics that seems to conflict with the Harris Poll. The earlier survey found that 23 and 69 are the ages at which people say they’re happiest. Answers varied depending on how old the respondent was:

What do you think? Is 50 the perfect age? Share your thoughts in the comments below!