19 May Chronology of the Generations

Posted at 11:50h in Demographics by Sibet B Freides 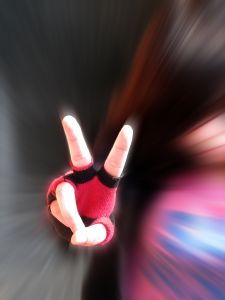 There have been many conflicting attempts to classify the generations of the western world. The chronology through the early part of the Baby Boomer generation has been widely accepted; however it is harder to define the newer generations. Do we attach them to population dynamics or sociological theories?

The following is a list of generations as we know them:

The G.I. Generation includes the veterans who fought in World War II. They were born from around 1901 to 1924, coming of age during the Great Depression.

The Silent Generation was born from 1925 to 1945 and includes those who were too young to join the service during World War II. Many had fathers who served in World War I.

The Baby Boom Generation is the generation from about 1946 to approximately 1964, a time that was marked by an increase in birth rates. The Boomers are a demographic that changed society. Many grew up in a time of affluence. One of the features of Boomers was that they tended to think of themselves as a special generation, very different from those that had come before them. In the 1960s,
as the relatively large numbers of young people became teenagers and young adults, they definitely brought about succinct change in society.

Generation X is the generation defined as those born after the baby boom ended, born in the 1960s and 70s. The term is also popularly used to describe counterculture in general.

Generation Y is also known as the Millennials, Generation Next, Net Generation, or Echo Boomers. This term typically describes the group born at the start year of 1982, and end years around the turn of the millennium. While getting a bad rap and being dubbed as “The Entitlement” children, Gen Y is really an astounding bunch.

Generation Z, also known as Generation I or the Internet Generation. They were recently dubbed Generation @ in the “Digital Natives” by Marc Prensky. This is the newest and current group of digital wonders were born no earlier than the 1990s and are truly changing are structures and systems as we know them.

What do you think? Which generation will most likely pull us out of our current economic situation? Where are we headed as a society – are things breaking down to allow better conditions to be built, or simply breaking down? We’d love to hear your thoughts in our comments section below, or on our Facebook page!