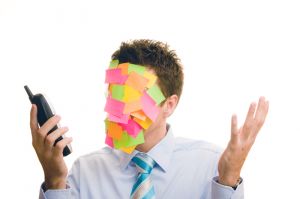 I’ve written countless articles on getting your message to the modern woman, Baby Boomer, Gen X buyer, Millennial, and even the Tween. There’s a demographic virtually no one talks about… the guys.

Has anyone explored how these cultural and economic shifts really affect them? How do they approach home, career, and down time? How do we really market to them?

It’s not surprising to know that over 50% of men favor TV advertising over any other medium. But there’s a caveat: they also feel that commercials are repeated too often and have almost no credibility. They feel almost the same way about internet advertising – especially being skeptical of the message.

Also not surprising is that the older generation prefers print for their credible message. Millennial men (boys?) think print ads are nothing but entertainment and name video and digital signage as their preferred place to see ads. The problem here is that most videos are viewed via smartphones, and no men have expressed being open to ads on their phones.

What about the message?

According to Advertising Age, outdated messages, such as the “bumbling dad” or “efficient housewife,” are not likely to pack the same punch going forward. In fact, 71% of men say that keeping a neat, organized home is a top priority for them (Really? Where are these alleged men?!?!). A quarter of them spend between four and eight hours a week doing housework, while another 16% spend more than nine hours a week cleaning their homes. Just under a quarter of all men spend four to eight hours a week cooking, while nearly 20% spend more than nine hours a week cooking.

Rather than the way an ad was viewed, most men’s purchases are influenced by the service from salespeople and their knowledge.